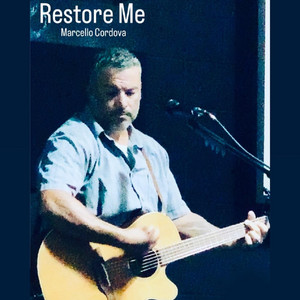 This is Marcell's first single, called 'Restore Me', released on November 4th, 2022.

Marcello didn't intend for the song to be made public or even shared when he wrote it. It was a personal season for him, not having confidence in his direction or in himself as a person.

Marcello shares: 'In the midst of people I love I still felt alone. On my knees and in prayer I felt the urge to write what I felt. I cannot explain the feeling I had but I felt that God had his hand on me at that moment. By evening, the song's foundation was born, and after sharing the song with some friends I was encouraged to share it with others that were experiencing similar circumstances..'

The key message that Marcell hopes everyone will take away from this song is that God knows our struggles!

His prayer is that it blesses you as it did for him.

You can listen to the track on Spotify: https://open.spotify.com/track/0lQVj9D0q0ZiwuzzdaUQPt

Here is a link to the video on Youtube: https://www.youtube.com/watch?v=lIe1BtpsiYs