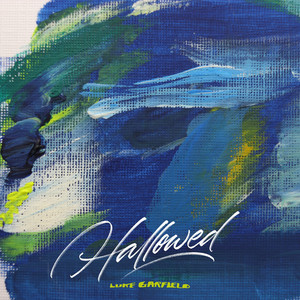 Luke Garfield has released a Christian Contemporary Music (CCM) track called Hallowed.Hallowed is the second single from the album The Unseen, a collection of faith-centred songs by Gold Coast songwriter and music producer Luke Garfield.

Garfield is a seasoned songwriter and producer having spent time in Nashville honing his skills recording other artists, as well as continually writing and recording new material at Banana Llama Studios, located on the Gold Coast, Australia.
Hallowed started musically as an improvisation during communal worship at Luke’s local church a number of years before.
“We were singing a well loved congregational song which has a simple but expressive chord progression. The song lends itself to free worship (improvised singing and expression) and I started to sing what became the chorus of Hallowed. I loved the melody and pacing of the phrases so I tucked it away in my memory thinking I’d like to write a song around it in the future”
“The lyric theme of the song started to take shape whilst driving down the Gold Coast motorway one afternoon. I was inspired by Michael Heiser’s book The Unseen Realm and in particular the idea that God sent Jesus to unite his estranged earthly family to Himself. When Jesus talks about the kingdom coming to earth it’s actually a call to return to our original home and position in creation as God our Father intended.”

One other unique aspect of this release is the synesthetic artwork for Hallowed. It was painted by friend and fellow artist Fear of Flight (Aaron Shipway) who has an amazing gift of seeing the music he hears. Garfield is filming a mini-documentary to explore synesthesia and the music of The Unseen album to be released later in 2022.

Garfield writes music for a wide range of genres, which includes alternative rock, indie electronic, and songs for a church setting. Hallowed has found a regular home as a live worship song in his local church for over 18 months and has been enthusiastically embraced by those who sing it.

You can listen to the track on Spotify: https://open.spotify.com/track/5AX5jfXK21wkD1L0a20tCp

Here is a link to the video on Youtube: https://www.youtube.com/watch?v=ulMef6iio1U

January 27, 2023
We've most likely all had times in our lives when we felt broken and shattered, as if there was no way to put the pieces back together. Amanda explains that her song is about God reshaping the broken pieces of our lives into something better than they were before. She says: 'When we feel we are a lost cause, Jesus picks us up piece by piece and makes us a masterpiece through closeness with Him. He picked up all of my broken pieces, and he can do the same for yours.' The song's lyrics beautifully express this message. Amanda sings about the broken pieces of her heart scattered on the floor and how God can use broken pieces to create something beautiful. She sings, 'I give You all my broken pieces, with You I know I can leave it. You're the God of stained glass miracles, You're making all things beautiful.' Amanda continues to sing about how God sees the beauty in scars and the art in broken pieces. Every masterpiece is actually made up of broken pieces, a
Read more

September 20, 2022
On Friday, September 16, Don Moen, Rachel Robinson shared new music with this track titled 'Goodness of God (feat. Rachel Robinson)'. Here’s a song from the eminent American gospel singer, pianist, pastor and Praise & worship leader “Don Moen“, whos songs have always been blessing lives. This song is titled “Goodness Of God“, and has been the trending song ever since the original version was released in June. This version, featuring Rachel Robinson, makes the song even more special to listen to. We are happy to be able to share the lyrics with you. The official audio can be heard below. Lyrics: Read “Goodness of God” by Don Moen on Genius https://genius.com/Don-moen-goodness-of-god-lyrics You can listen to the track on Spotify: https://open.spotify.com/track/42qE75HgQ2cpwB5NOw241l Here is a link to the video on Youtube: https://www.youtube.com/watch?v=690BkuwNsJ8 Would you like to hear more CCM music? Then check out our Christian playlists on: https://www.christianda
Read more
Discover the latest Christian music releases and check out our exclusive Christian Top 100 Charts (CCM, CEDM, and Gospel). We also offer a wide selection of human-curated playlists for various Christian Music genres. Stay up to date and find your new favorite songs with us.