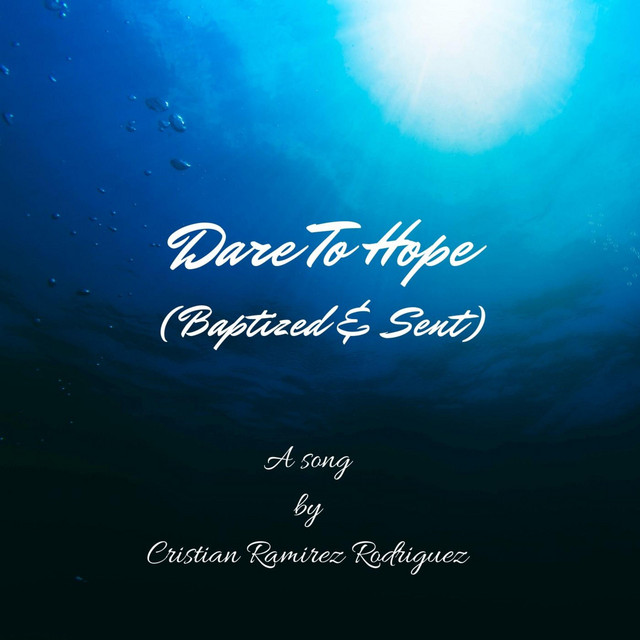 I have received a track from a relatively new artist. His name is Cristian Ramirez Rodriguez, and he is very dedicated to writing Christian music.

Cristian says the following: "I was feeling depressed as I looked in the mirror, until one day I learned that an inverted image is always real..."  Cristian realized that there is opposition in all parts of life, and we need to learn how to see the inverted when going through hard times.

Cristian would soon begin to experiment with new genres such as Indie Folk, Latin Pop-rock and Alternative Hip-hop. At 15-years-old, he unveiled his debut bilingual album "The Victory (La Victoria)."

Entering his senior year at high-school slowed down Cristian's release schedule, however, he managed to find the time to write, record and produce a twenty-minute Christmas project "The Season for Love." The project saw Cristian's songwriting mature with songs such as the Juan Luis Guerra 4.40 influenced love song "Noche de Amor" and "Paz en la Tierra," a passionate track recounting the story of refugee children fleeing violence. Also included on the project was Cristian's first cover Oh Ms. Believer - Acoustic originally by Twenty One Pilots.

After his 16th birthday, Cristian released four new singles including Queen Among the Roses, a poetic ballad Cristian wrote, recorded and produced in four hours. Cristian's sophomore full-length album Songs From Airdrie, an album dedicated to his hometown of Airdrie, Alberta, Canada followed in August 2019.

With Cristian's release of "Dare To Hope (Baptized & Sent)", I am confident that we will hear more of him in the future.

So enjoy the track, and be prepared to see more of Cristian's work.