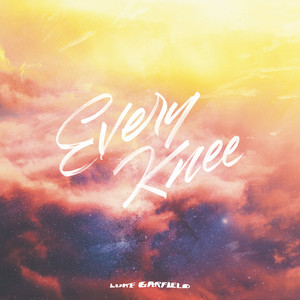 Luke Garfield has released a Christian Contemporary Music (CCM) track called 'Every Knee'.Every Knee is the fifth single from The Unseen album, a collection of songs about rebellion and restoration by Gold Coast songwriter and music producer Luke Garfield.

Garfield is a seasoned songwriter and producer who spent time in Nashville honing his skills recording other artists. He is continually writing and recording new material at Banana Llama Studios on the Gold Coast, Australia.

“As a father of 4 children (now 5), your time is shared between a lot of important people. So time to write songs needs to be grabbed when you can,” he says.

“Songwriting isn’t always about waiting for the inspiration to strike. Sometimes you’ve just got to take what time you can get in the midst of the busyness of life and write.”

“Every Knee was a song like this and it came together over an hour or so one afternoon while my kids were playing around me in the backyard.” Garfield says.

“Thematically, the thrust of this song is found in its first two words, “It’s simple”. The Christian life and truths are inherently simple. A saving faith in Jesus should be as easy for a child to grasp hold of and believe as it should be for a theologian.

“At the same time Jesus, who he is and the victory he’s won, is incredibly deep theologically as well as having amazing cosmological implications. This song tries to capture both this simplicity as well as the depth.”, says Garfield.

Musically the song departs from the slower ballad-like sound of some of the previous songs on the album and lands squarely in a more upbeat, pop rock vibe.

Every Knee has been sung by Garfield’s local church for the last 8 years. He’s excited to finally have a version of the song to share with everyone.

Lyrics:
Read “Every Knee” by Luke Garfield on Genius

You can listen to the track on Spotify: https://open.spotify.com/track/1GV2gdSqtvAlkHlsW2dhYw

Here is a link to the video on Youtube: https://www.youtube.com/watch?v=DokXjDI6xeU