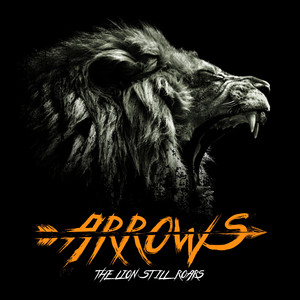 Arrows is a brand new artist in the Christian music scene and has released a Christian Contemporary Music (CCM) track called The Lion Still Roars.
Arrows exists to arm people with weapons of  worship to conquer darkness with the sound of Heaven. As a collective of writers, musicians and artists, Arrows aims to release content that relies on no person or personality, but relies on the God-breathed expression of their creative community.
Their dream is that the listeners on the other side of the music would use the songs as a weapon against darkness, wielding the light of Christ through passionate lyrics and anthemic melodies.
Ultimately, it is the prayer of Arrows that people would be encouraged and strengthened by what they hear, and it would inspire confidence and  courage in the Bride and Her people. Every song is an arrow to fire.
Lyrics:
From the tomb a thunder rolls
A holy roar all creatures know
The Lion is alive
See our King is prowling here
Hunting down our every fear
And He’s never lost a fight
No, He’s never lost a fight
The Lion still roars, the Lion still roars
Hell is defeated, the battle is Yours
The Lion still roars, the Lion still roars
Heaven has conquered, the victory is Yours
The Lion still roars
The Lion still roars
With jealous rage and eyes like fire
And angel armies at His side
He wages righteous war
Tearing darkness limb from limb
He ferociously defends
His throne all powerful
Oh, His throne all powerful
When the Lion of Judah roars
Hear the sound that shakes the earth
With the glory of the Lord
What can stop our God?

You can listen to the track on Spotify: https://open.spotify.com/track/4Cz2HcaQrsyBDw3ycWNISG

Here is a link to the video on Youtube: https://www.youtube.com/watch?v=5QqsEJhdTRA