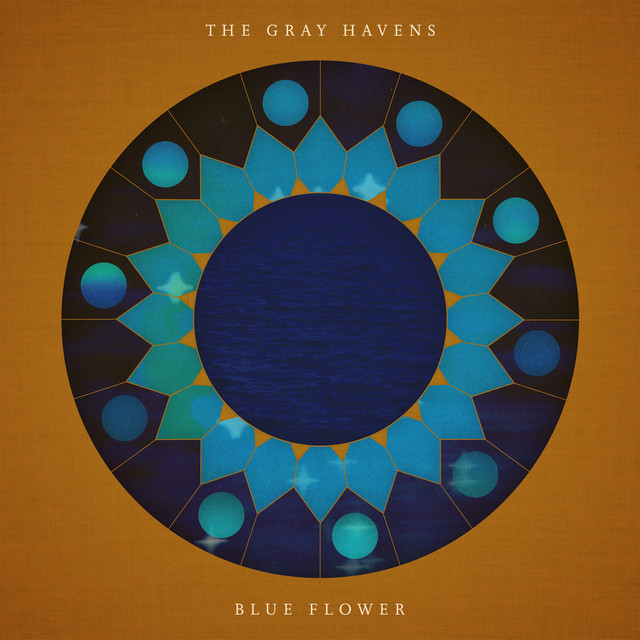 The Gray Havens have released the remaining CCM songs from their Blue Flower Album!
CS Lewis' autobiography 'Surprised By Joy' was the inspiration for the concept album. One of our favorite tracks is "Summer Meets Winter".
As Dave was consuming Lewis' Surprised by Joy during a C.S. Lewis reading binge, he realized that, although he had heard Lewis' Surprised by Joy quoted over the years, he had never actually read it. He figured it was time to hear Lewis’s story in his own words. Lewis recounts his life story through his encounter with Joy, an "unsatisfied desire, more enticing than anything else." A few chapters into the book, Lewis makes a curious reference to a Blue Flower that became the inspiration for the album. As a child facing the hills outside his window, Lewis describes his first encounter with Joy. “They taught me longing- Sehnsucht; made me for good or ill, and before I was six years old, a votary of the Blue Flower,” he says. Listeners are taken from a long winter to a bright summer with Blue Flower's thought-provoking lyrics, engaging melodies, and a glimpse into that seemingly unsatisfactory desire that exists nowhere else but within you.
“The reference to the ‘Blue Flower’ was intriguing when I first read it, but I didn’t give it much thought before moving on. As the story unfolded, the idea for a concept album began to form in the back of my mind. Over time, the ‘Blue Flower’ became the symbol of Joy and the lyrical anchor for the album,” says Dave. “Funnily enough, Surprised by Joy was a last-minute read for a completely different concept album I was planning. I almost didn’t read it, but after the first couple of chapters I couldn't put it down. It was as though a friend whom I had known, admired, and respected for over ten years suddenly walked over, sat down, and began telling me his life story. I was hooked. I dropped the concept I was working on and began exploring the idea of writing an album based on Joy.”
This album explores new musical and lyrical realms, bringing The Gray Havens' complex songcraft to a new level. The opening line of “Endless Summer” hints at the sonic journey: “Have you ever missed somewhere that you’ve never been before?”  As the listener makes their way from song to song, you feel a sense of purpose. The title track, "Blue Flower," starts with ethereal, acoustic sounds before launching into a driving and up-tempo anthem full of bright, percussive pop energy. Using imagery from Lewis' novel, The Horse and His Boy, "Paradise" transports the listener to a vast desert under a starlit sky. Lewis' first trip to Oxford inspired the lyrics for "It's Possible," which playfully captures the energy and essence of city streets from all over the world.
Blue Flower is an album full of unexpected delights. As a result of the pandemic-modified recording process, the collaboration between the producer and engineer was even stronger and the recording process more experimental and natural. Music and lyrics work in harmony to create a captivating package that invites repeat listening. Each song is crafted by Dave and his longtime collaborator Ben Shive, who balanced layers of instrumentation and created a cinematic experience. World-class musicians such as Will Chapman of Colony House on drums and Nathan Dugger of Drew Holcomb and the Neighbors on guitar round out the band's impressive roster.
This album is a masterpiece, filled with songs that portray complex, expansive emotions, assisted by a musical style that reveals The Gray Havens' uniqueness. I have found the music to be arousing and move me forward on a journey of profound discovery and joy.

You can listen to the track on Spotify: https://open.spotify.com/track/5Hqv4oB5KMg9OPHKWfrcUI

Here is a link to the video on Youtube: https://www.youtube.com/watch?v=QQ5dK_swJzc