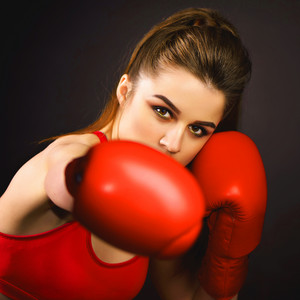 daFOO has released a Christian Contemporary Music (CCM) track called Fighting with a Young Heart.
This is a truly great song with strong lyrics, solid production, and great songwriting! This song by Swiss daFOO features a trio that could be described as a musical dream team. Daniel Volpe and Charlie Mason wrote and produced "Fighting With a Young Heart." Ben Muehlethaler produced the song. DaFOO's amazing vocals combine to make a very catchy yet wonderfully independent track. This is daFOO in full style, and the music rips and sways between alternative, electronic, indie, and synth-pop.
As the title suggests, "Fighting with a Young Heart" is a fictional portrayal of a young woman chasing her dream to become an actress in Hollywood. As she stumbles and falls, she continues to fight to realize her dream. Upon turning 17, daFOO decided to launch a career as a singer in Los Angeles. As to what happened, just check it out for yourself.
Pete Leuenberger, the Live Music Producer of Karls Kühne Gassenschau (one of the biggest shows in Switzerland), describes daFOO's voice as "the most beautiful and emotional voice I have ever heard".land). daFOO was invited to Pete Leuenberger's Studio in summer 2013 for mainly this reason. Following six months of production with session musicians like Michael Wespi, daFOO decided to record his album at the 571 recording studios (77 Bombay Street, Sido, Justin Timberlake etc.) in Zurich. Once again six months, until September 2014, it took to master the 12 song - album at Echochamber Mastering (Xavas, Stress, Eluveitie, Pegasus, etc.). In case you are wondering, let me summarize the music of daFOO as follows...
DaFOO's music traces its roots to the 80s. He has clearly been influenced by bands such as U2, Muse, and Arcade Fire. However, the twelve tracks in the album also draw influences from Punk, Folk, Jazz, Elektro, Reggae, Blues, and Hip Hop. In his music, he combines sounds and styles from over forty years of music history to create a unique sound. His unique voice that covers several octaves has been compared to the voices of Bono, Win Butler, and even Freddie Mercury. Singer/Songwriter daFOO is known for his songs that explore issues such as personal crisis, social commentary, spirituality, and love. His lyrics serve as a guiding light in the storm. If you asked him what type of storm he was referring to, he would reply: "Hurricanes have shaped the course of my whole life." Religious manipulation, violence, and crime shaped his youth. In his current role as a youth worker, daFOO works with young people who are experiencing similar difficulties.

You can listen to the track on Spotify: https://open.spotify.com/track/31EoMEcabC3ixiMxvRyIdg

Here is a link to the video on Youtube: https://www.youtube.com/watch?v=1fjuxRFseD8