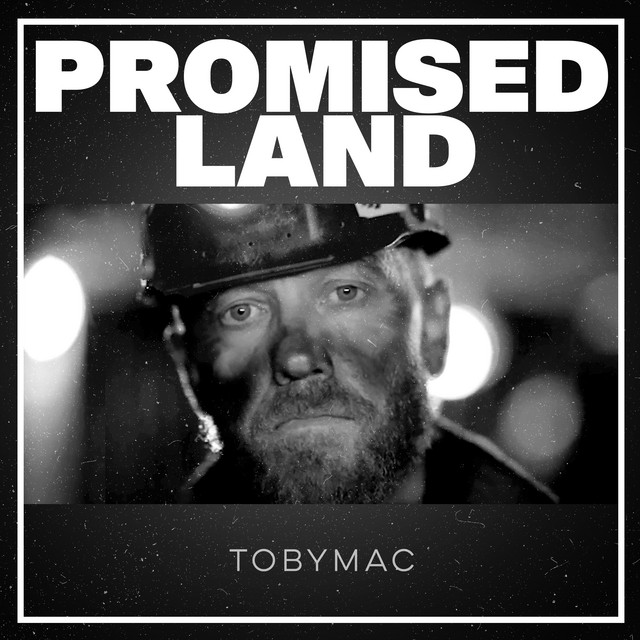 TobyMac has released a Christian Contemporary Music (CCM) track called Promised Land.
With "Promised Land," he follows up his No. 1 hit "Help Is On The Way (Maybe Midnight)." The song is available across all digital service providers and is being featured on Christian radio around the world.
"I think if we're honest, each of us have wondered, where is the promised land?," he remarks. "...Where's the blessing for me and my family that I thought would come my way on this earth when I chose to follow the King of Kings?"
TobyMac shared the video on Facebook in memory of his grandpa, a miner in West Virginia, where TobyMac's dad grew up in a mining camp. "It was a hard life," he says. "A life where I imagine they must have really wondered where in the world is my promised land?"
He says: "The lyics land where I want my life to land: that the promised land is no land at all, but a relationship with the King that loves us deeply. It turns from where's my promised land, to you're my promised land. Maybe the promised land we're looking for is no place at all, but a person named Jesus."
Lyrics "Promised Land"
Head down as I punch this clock
The hours roll they never stop
And I can't ever seem to get ahead
Always tryin' to do what's right
The straight and narrows getting tight
Don't know how much longer I can stand
And I'm wonderin' yeah I'm wonderin'
Where's my promised land
Out here on this dessert road
It's hot as fire but I've grown cold
Circlin' like a plane that never lands
And even though the questions change
The answers always stay the same
Maybe someday I will understand
So I'm wonderin', got me wonderin'
Where's my promised land
Yeah I'm wonderin' still I'm wonderin'
Where's my promised land
Well I've run this earth for many years
And there's one thing I know
There's nowhere on this side of heaven
Where streets are made of gold
I've long laid down my grand illusions
Lookin' toward the day that I'll be home
I won't give up on this race
Broken but I still have faith
That this old life is all part of a plan
And I can feel it in my soul
One day I'll stand before the throne
With nothing left but hope in these 2 hands
Through all these seasons, I'm still believin'
You're my promised land
In all my grievin' I'm still believin'
You're my promise land
You're my promise land
You're my promise land
You're my promise land
Get Connected With TobyMac:
Website // www.tobymac.com
Facebook // www.facebook.com/tobymac
Twitter // www.twitter.com/tobymac
Instagram // www.instagram.com/tobymac
YouTube // www.youtube.com/TobyMacVEVO

You can listen to the track on Spotify: https://open.spotify.com/track/2VXNUklng1AswoKNgjiKJy