Rico Dawson - Suppose To Be (Gospel) 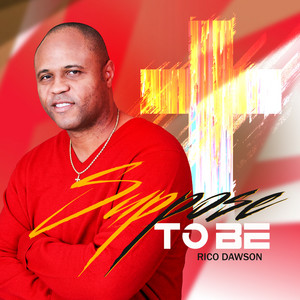 Rico Dawson's Gospel track called "Suppose To Be" is still as relevant today, as it was when it was released as a single in July 2020. The song is now part of the album "Suppose To Be" which was released on May 2nd, 2021. "Suppose To Be" is a Gospel album consisting of eight God-inspired songs Rico hopes will inspire all listeners.
The song's theme is love and unity. The song was inspired by the present state of the United States in regards to racial injustice and police brutality.
Last Monday we came across Rico's story and decided to share his story and song with you.
In the summer of 2004, Rico gave his life to Christ, thus putting him on a different path, musically. He no longer produced music for man’s glory, but for God’s glory. He began to put together gospel music selections and with God’s help, he produced numerous contemporary gospel music selections. In 2006, Rico wrote and produced his debut contemporary gospel CD, “It’s Time.” Due to a lack of financial resources, Rico was unable to get the project commercially ready. Once again Rico took time away from music to establish a stronger relationship with Christ. During that time of the wilderness, Rico continued to write songs, but he didn’t record anything again until 2008. Rico pursued the possibility of becoming an established songwriter. Although he received some interest, the interest didn’t materialize into any legitimate offers. Once again Rico has written, produced, and recorded several God-inspired songs. Rico’s desire is that through his music that the body of Christ is edified, God is glorified, and the un-believer is inspired to turn to the Lord.
SUPPOSE TO BE - Lyrics:
Lend a hand, let’s help each other
Take a moment to help your brother
That’s how God wants it to be
But we’re so blind that we can’t see
Chorus: Ooh, Ooh, Oh, Oh, can’t you see I’m a friend, I’m not an enemy, can’t you see that’s how it is supposed to be
Hatred spreading all around, splitting families, dividing towns.
Instead, let the love flow forever
We can do things better, if we’re together
Repeat Chorus
Join hands let’s come together
As we help our fellow man
These times we need to help each other
Love is the greatest gifts, it’s like no other
Repeat Chorus

You can listen to the track on Spotify: https://open.spotify.com/track/4ogJqYDAIe6xNTkqGhSdLZ

Here is a link to the video on Youtube: https://www.youtube.com/watch?v=ZVJxREKGzUY