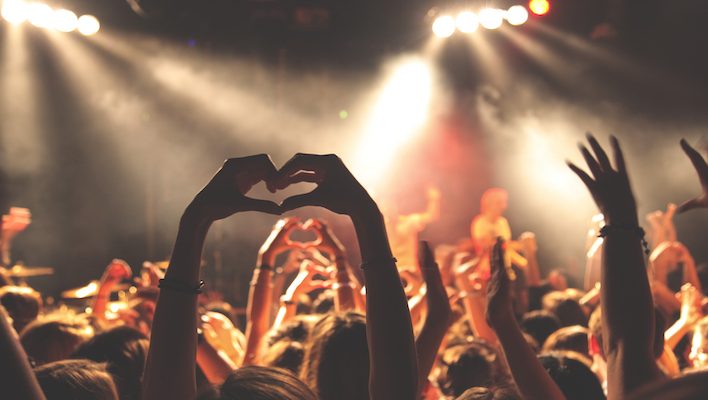 Are you a Christian music artist? Do you want to build a larger audience for your music? In this 5 part series, we will explain our music marketing strategy for exponentially expanding your fanbase.

Part 4 of this series can be found on this page: https://blog.christiandance.eu/2021/07/how-to-build-larger-audiencefanbase-for.html
In part 5 we are sharing our final tips and wrapping up this series of posts.

Having a newsletter that people can join is one of the best ways to not only communicate with fans, but to also build up relationships with them and turn those relationships into profitable ones. Once people visit your website, the last thing you want them to do is to leave and never return again. This is where mailing lists come in! If you can get people to sign up to your list before they leave, you’ll have their email address. From here you can communicate with them on a weekly basis, and remind them about you and your music.
It may sound old school, but email is arguably still the most important tool at your disposal for marketing your music.
The top reasons to have an email list are:
With each email newsletter you send, it’s best to focus on just one objective that you’re trying to achieve for the greatest chances of success. Regularly analyze data like the open rate and the click rate for each email, and experiment with tweaks to your new campaigns — for instance, a more intriguing subject line or a new email format — to keep your fans engaged.
As far as how often you should be sending out newsletters, there’s no hard and fast rule — but whatever frequency you choose, keep it consistent. If you’re new to email marketing, it’s better to start with less frequent emails until you get comfortable with it. Try sending out a monthly newsletter to test the waters while you figure out what works for your fanbase and what doesn’t.

This one is more of a tip of how not to promote your music. That said, focusing on not losing fans is just as important as gaining new fans. If you can make good songs but also make the occasional dud, it’s important to know what to do with that dud song. Even if you’re spent money to record it, don’t use it. Don’t give it out to fans. Instead, put it in a deep folder on your computer that will never be found by anyone! This song will do you more harm than good, and work at chipping away at your reputation.
Similarly, when you’re starting to do well, it’s easy to want to scale up quickly, or rinse and repeat what’s been working for you. This is a good idea, but only if you don’t let the quality of what you’re doing slide. In general, you want to avoid doing anything that will have a negative impact on your reputation. You want people to think of you as one of the best musicians in your genre, and you want to give people who haven’t heard you before the best first impression.
If you’re putting out weak songs though or weak artwork, a percentage of people will first hear you through that weak song, and possibly never give you another chance. So keep everything you’re doing to a consistently high level, and people will regard you as a higher quality musician.

If you don’t make great music, nothing will ever change in your music career. As an independent musician, you’re fighting an uphill battle by default. You’re competing for the attention of people who are constantly being bombarded with top 40 chart-topping hits. The bottom line is this – if you don’t go above and beyond the call of duty to write incredible music, your chances of being noticed are slim. You need to “wow” people with your music to draw them in! To make it big, you just need one song that captures people.
Additionally, without great music, a lot of the strategies mentioned in this guide won’t work for you. Gigging is great, and it will help you make money and improve as a performer, but if you don’t make music people care about, it doesn’t matter how often you play.
You can make as many industry connections as you want, but if they don’t feel like your music is up to their standards, there’s no incentive for them to help you promote it.
There is a fanbase for every type of music, but finding your audience is a lot of work. So it makes good sense that you’ll more readily stand behind a quality product than a product that’s subpar. And the same goes for your fans and the connections you make too. They’ll support something that’s great, but not something that’s just okay.

Find a Great Publicist & Work Closely With Them

If you’ve ever listened to Music Business Radio, you’ll notice that there is a common theme among some of the most successful artists – most if not all of them work with a publicist! Things have changed a lot with public relations (PR) in recent years. Online press releases used to help you get the attention of the media, for potential interviews and news coverage. Today, press releases actually do more to boost your SEO – they help you rank for particular keywords, and when they’re published and distributed to a large network of sites, you also get links pointing back to your site!
To overcome obscurity as an artist, it takes more than just luck and being at the right place at the right time. Gigging might lead to some great exposure opportunities, but chances are they won’t, unless you’re playing well-known venues, or venues where industry people are known to gather. You need to create newsworthy stories on a regular basis, engage the media, and develop awareness for your music, tours, special events, releases, awards, and so on.
A lot of artists wonder about the effectiveness of getting coverage on music blogs, podcast and radio interviews, or entertainment magazines. To be fair, you won’t have access to the best publications when you’re just getting started. But there are two things you need to keep in mind:
1. Content that goes up online often stays up for a long time. This gives people an opportunity to discover you over and over and over again, long after the publish date.
2. You’re building connections with industry influencers. Once in their good graces, you would have to screw it up pretty bad to fall out of their graces. If they like you, they’ll keep covering you, and they may even be able to connect you with other industry people, or provide you with resources that can help you.

Video is a powerful promotional tool. But the right kind of video? That makes all the difference. One thing that’s fascinating to fans – and will always be fascinating to fans – is the recording process. There’s a lot of mystery and intrigue about the gear being used, mic techniques, how certain sounds were achieved, and so on. And even if not for that, people love to see how their favorite songs came together in the first place. These types of videos are great for your fans, because they offer insights into who you are as well as their favorite music, but can also convert new fans, because they see you putting in the hard work to create a great product.
When you’re ready to take things to the next level, make sure to capture professional footage from your next major recording session.

So as you can see, this isn’t the average ‘promote your music online with Facebook and Twitter’ guide. I hope it’s shown you that there’s more to music marketing than the advice you hear thrown around on most other music advice sites.
So now you have two options:
1. Put into practice what you’ve just learned above.
2. Get someone else to promote your music for you.
Either way, someone needs to promote your music if you want to get it out there.

That's it! I hope you enjoyed the 5-part series of posts.

Have a great week!