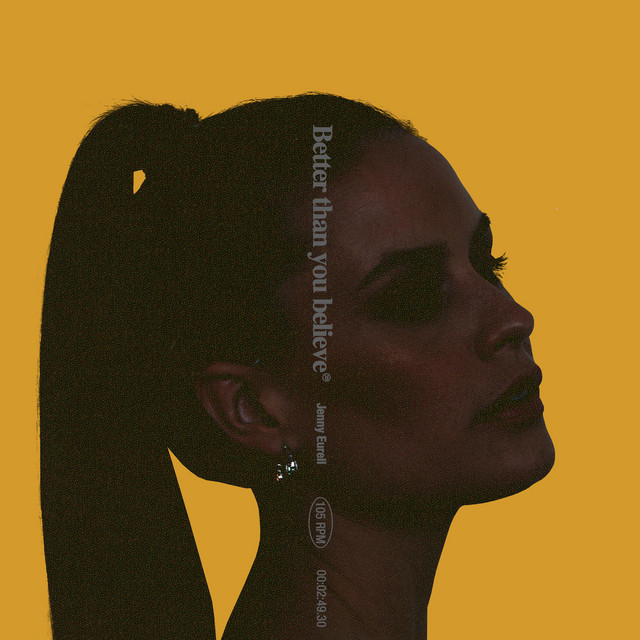 Jenny Eurell & Elias Erlandsson have released a Christian EDM track (CEDM) called Better than you believe.
Jenny shares: "Doing the dishes on my 26th birthday, irritated for not achieving enough in life I started singing "There is no such thing as luck, you gotta fight when you are stuck". Better than you believe was born. After one year of prayer, it was ripe and I found a producer on Clubhouse who turned it into magic. The purpose of this debut single is to encourage people with the truth: God has a purpose for our lives, but often we need to fight to get there, but guess what? With him, you are better than you believe."
Lyrics:
There is no such thing as luck
You gotta fight when you are stuck
Nothing happens overnight
Get your weapons for the fight
I've got reasons to give up
Things that tried to make me stop
There's a giant in the way
Who's demanding me to stay
But/No I won't go with the flow
I'll break down this wall I'll follow my call
I've got lungs that have proved me wrong
I've got tons of unwritten songs
So I am done with underestimating
Leave it, pick up your destiny
You're better than you believe
I'm not a victim I'm a crime
I will break the rules this time
Clever words won't make it through
When I know what I should do
Circumstances might be wrong
I've been waiting way too long
I'm aware that it might hurt
When I'm coming out of dirt

You can listen to the track on Spotify: https://open.spotify.com/track/6FSNCr69TFTrlIc6YUdhVr

Here is a link to the video on Youtube: https://www.youtube.com/watch?v=hPynZQlJWhk

Would you like to hear more CEDM music? Then check out our Christian playlists on: https://www.christiandance.eu/playlists