David Evener - Cast Out On The Right (CCM) 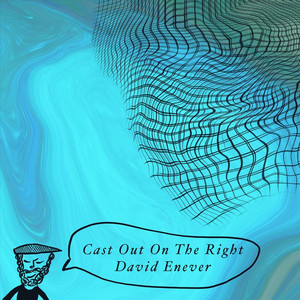 David Evener has released a song called Cast Out On The Right.
David explains: "Based on John 21: 1-14, this ballad recalls the miracle of the fish, where Simon Peter and other disciples were fishing all night, catching nothing, to be greeted by Jesus on the shore upon their return and asked to cast out one more time to the right. We often feel disheartened like these disciples were, but are still challenged to ‘Cast out to the right’ and not give up the fight."
After playing music at a variety of Christian Schools and churches in both New South Wales and Victoria for the past decade, David often considered writing his own Christian music. What really initiated this though was his third child Toby, who would often wake his wife Caitlin and him up in the middle of the night, making it a real struggle to go back to sleep. He discovered a cure to this insomnia; reading daily scripture and its reflections, then writing lyrics to them! After he wrote enough to perform a one hour set (albeit with some dad jokes and teaching in between ditties) David was able to perform a concert for his school. Gaining confidence from this, and support from his school system, he was able to perform ten more school concerts around his region during 2019, all while teaching full time. Since 2020 David has been cutting back some of his teaching hours, aiming to perform even more.

You can listen to the track on Spotify: https://open.spotify.com/track/1bYgXzNSgYX2yZYO7xV9Uh?si=98ffaddf6afa4110
Would you like to hear more CCM music? Then check out our Christian playlists on: https://www.christiandance.eu/playlists