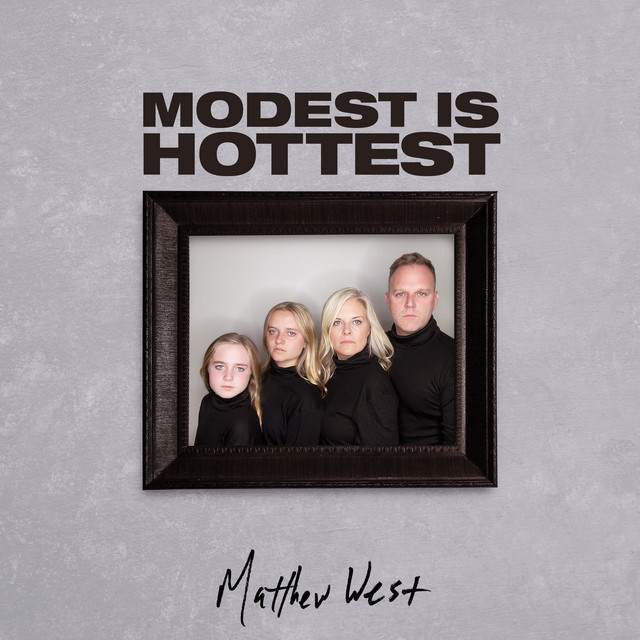 Christian musician Matthew West has removed his newest song "Modest is Hottest" from some online platforms amid controversy following its release on June 18th.
We also wrote about the release in a post last Thursday, as we too were seeing this song as tongue-in-cheek satire... (https://blog.christiandance.eu/2021/06/matthew-west-modest-is-hottest-ccm.html). The controversy surprised many and some of the criticism does make sense. If you sift through the cries about unhealthy evangelical "purity culture", you see a case where pleading for women to dress modestly actually makes it look like most men go out of control if they see bare skin.
So what is going on?
The controversy has caused Matthew West to take the music offline. The video on YouTube, a message reads, "This video has been removed by the uploader," and any attempts to view the video with the audio of the song on TikTok results in a note that says, "The copyright owner hasn't made this sound available in your country." The link we shared to the song on Spotify is also down.

West, who jovially encourages his daughter to dress more modestly in the song, received backlash on social media for what some critics called the promotion of unhealthy evangelical "purity culture." Anyone interested in reading the lyrics to help form their own opinion can find them on our previous post: https://blog.christiandance.eu/2021/06/matthew-west-modest-is-hottest-ccm.html
Matthew West posted the following statement on Instagram: "I'm blessed to be the father of two amazing daughters," he said. "I wrote a song poking fun at myself for being an over-protective dad and my family thought it was funny. The song was created as satire, and I realize that some people did not receive it as it was intended. I've taken the feedback to heart. The last thing I want is to distract from the real reason I make music: to spread a message of hope and love to the world."
Replies to this post on Instagram have been warm and encouraging towards Matthew...
"Anyone who knows you, your family, and your music, knows that you have a heart for Jesus and the church and people. @matthewjwest I want to thank you for your ministry and for your humor. We love the song! And we love you!"
"Who in the world could have a problem with that?? Stay you, Matthew!!! The song is hilarious and brilliant!!"
As parents, we too recognize the challenge many other parents face... "How do I protect my children against sexual predators?" In that sense, we recognize the challenge Matthew West is also facing. There is no simple answer to the challenge, especially if we read reports such as a report by a Federal Commission on Crime of Violence that states that most convicted rapists don’t even remember what their victims were wearing at the time of the attack. The report also found that ‘provocative behavior’ on the part of the victim was an element in only 4.4% of reported rapes. In other words... Modest Clothing is not the Answer. Modest clothing is not the answer to why women are sexually assaulted. Modest clothing is not the answer for problems that originate from the heart, and these sexual predators can be both male and female.
People are hurting, because they believe they are at fault for bad things that happened to them, and people believe, falsely, that something like this could never happen to them (e.g. because they dress modestly).
We need to be vigilant and teach our children the signs (these include a stranger talking to us, especially in an isolated spot, something feeling off or not right. Rapists are also likely to target those who have used drugs or alcohol, though this still does not mean that rape in these cases is a victim's fault.)
We need to understand the nature of the problem and stop (indirectly) assigning fault to victims (male and female) whose only crime is wanting to look attractive.
We need to be careful of the predators in our midst, and do something about it when they strike. We need to stop looking the other way while assigning blame to the victim (they must have provoked it...). We're teaching everyone that this sort of behavior is alright. It is not!
It is understandable that we seek to have control over issues that scare us and that I pray never come near our doors. But, in all honesty, when parents/preachers/teachers/friends/etc. attribute significant protective power to "modest clothing choices", they are clinging onto things that many say could help... but most of all... they are indirectly telling you that they love you and don't want anything bad to happen to you. Like most people, they too don't have a better answer to counter the danger that these sick sexual predators are posing to our society.