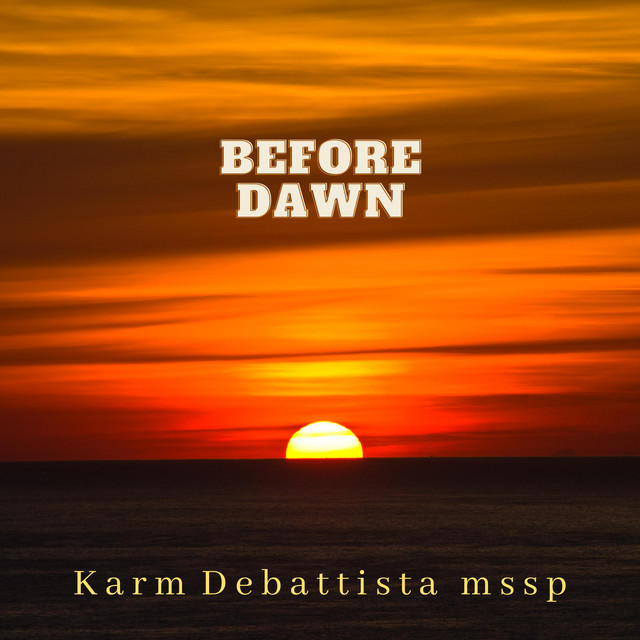 Karm Debattista Mssp has released a Christian Contemporary Music (CCM) track called Before Dawn.
Karm shared the following about this song: "Thinking about a creator while seeing sunrise gives strength for the one who believes. So this song says that before dawn my eyes watch for Him. This song is inspired by Psalm 119."

You can listen to the track on Spotify: https://open.spotify.com/track/6NGQKf7kr0sqm2D7p84euk

Later in the day, this track will also be visible in our New Christian Contemporary Music playlists on Spotify, Deezer, Qobuz, and Youtube (provided the track is released on these platforms).
About Karm Debattista mssp:
Karm is a member of the Missionary Society of St Paul. He composes and sings Christian songs in Maltese and English. Believing that music is the best medium to proclaim the message of God, he composes songs to evangelize. His songs are essentially biblical with special attention to the missionary or evangelical aspect of the Church. The style of the music varies from pop, soft rock, dance, and ballads to classical and a cappella. His experience in missionary countries like Pakistan and Peru has its influence on some of the songs, particularly on the most popular title track of his first album Fittixtek and Ħolma from his third album.
Karm’s compositions go back to his childhood, however, he started recording his songs professionally in 1996. He has released nine albums, including two Christmas albums. Besides, he composed other music for films, programs on television, and official songs for particular events.

Do you like Karm Debattista Mssp and other CCM Artists? Then check out our Christian playlists on: https://www.christiandance.eu/playlists