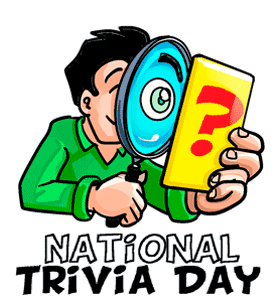 Our obsession for trivia has been part of popular culture for many decades and it’s easy to understand why. Most of us are naturally competitive and social beings and trivia blends the two perfectly. If you enjoy wowing your friends with interesting stats and frivolous facts, today is your day to shine!

Question 1. What is the name of Casting Crowns' August 2007 album release?

The Altar And The Door

All Because Of Jesus

What Could Be Better

There Is A God

Question 3. In 2000, 4Him released an album of which type of classic Christian songs?

Question 4. Aaron Shust's lyric "My Savior's always there" ends with what?

Question 6. Which of these is often used to refer to fans of the band Skillet?

Question 7. Which singer opened Rocketown, a Christian nightclub for teens?

Question 8. Who won two Dove Awards with their song "Fireproof"?

Question 9. Who might be described as "the greatest guitar player you've never heard"?

Question 10. Which band released the hit single "What If His People Prayed"?

Bonus Question: Which Christian artist is releasing a song called "We Are Dew" this coming Friday (January 8th)?
Hint: Lives in Temple, Pennsylvania
Note: The song is based on Micah 5:7.  This verse says that we are like dew falling from Heaven.  We water this broken world and give people hope and offer salvation. Each one of us is like a single raindrop, but together we are forming a rainstorm that carries revival!

Have fun answering these questions. Watch our webpage and socials for the answers (Tuesday, January 5th.)