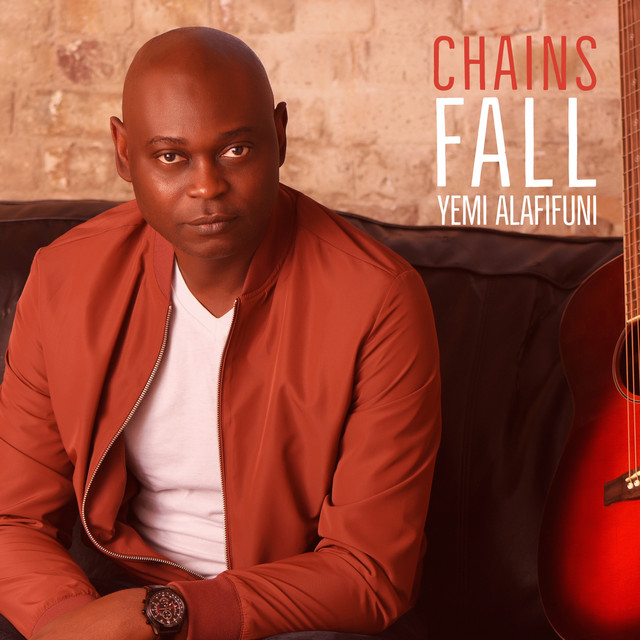 Yemi Alafifuni has released a Gospel track called Chains Fall. And what an amazing story behind this song! ...
Yemi shared the following background with us...
Inspired by his struggles of being tied down with constant shame and lack, Yemi found a solution that works in the name of Jesus. He wants his listeners to know that walking with God holds much strength and there’s real power in the name and person of Jesus. Combining acoustic pop & traditional gospel, Yemi is determined to go the full length with this story of breakthrough.
The inspiration Yemi became a Christian a couple of years ago after a young boy damned the ridiculous shame of being bullied or humiliated in school and would stand in front of the class to preach the gospel. He did it a few times and one day he began to cry profusely with passion wishing his class would listen to him. This act touched Yemi deeply and weeks later, Yemi gave God his heart. Ever since, he had tried to live a godly life but struggled with a life of rejection, low self-esteem, and constant need to belong. He had taught that he had to perform or act in a certain way to earn approval from people around him and with God. Yemi said; ‘The more I try to live up to my faith, the more I failed. The need to be accepted by anyone was great and so was the cares of life’. With this came an unhealthy habit of self-centeredness, fear of the unknown, loneliness, guilt, unforgiveness, filth addiction, and a lifestyle of debt. The irony was Yemi had the answer within him to break the chains all along but never used it until now.
The truth is every time Yemi fell short, God never left. Yemi said;
“God kept saying but I have given you victory over this. When I thought I was strong, I would fall again & again to the point where I gave up and thought myself a hypocritical Christian. And yet He never left me!” God promised and held on until I received the fulness of that victory. He is still here to catch and help me today”.
This is the true inspiration behind this song, but it didn’t start as most songs do.
The Bus-Stop Song
It was a cold weekday morning, Yemi woke up longing to worship and to write a hook to complete an already written song called “Behold the Lamb”.
(Newsflash: This song will be released in March 2021).
On his way to work and at a bus stop, Yemi began to hum a tune and within minutes the hook (Every chain fall) was received – the perfect puzzle to the other song or so he thought. During music production, it became clear that the hook was a completely new song of its own. This is how the Chains Fall song started.
Writing the rest of the song was challenging but he was inspired by a verse from the bible; Nahum 1:13: So now, I will break his yoke bar from upon you, and I will tear off your shackles."
Yemi shared this bible verse, the story (above), and the written lyrics at the time with his producer. And in collaboration with other seasoned writers, we completed the song.
This song embodies my journey to freedom, Nahum 1:13, and the interpretation of three other writers. This is our solution to breaking any addiction, fear due to rejection, bondage, and anything that may constitute chains in our lives. As it is very frustrating waiting for a late bus in winter conditions, we all need to be fed up with the chains binding us daily and seek true deliverance that can only be found in Jesus. Tell your struggles it’s the last bus stop, call the name and see the chains fall!

You can listen to the track on Spotify: https://open.spotify.com/track/0a4jtgyq3sOnwYVpIGGKsS

Later in the day, this track will also be visible in our New Gospel Music playlists on Spotify, Deezer, Qobuz, Napster, and Youtube (provided the track is released on these platforms).

Do you like Yemi Alafifuni and other Gospel Artists? Then check out our Christian playlists on: https://www.christiandance.eu/playlists