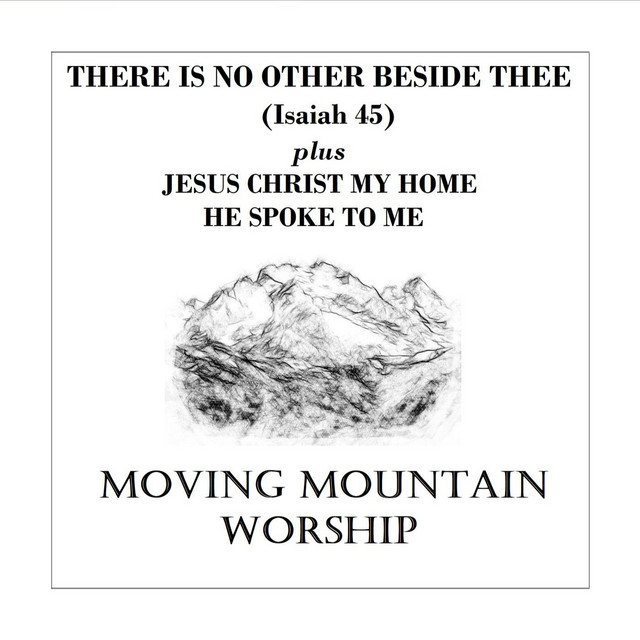 Moving Mountain Worship has released a Christian Contemporary Music (CCM) track called Jesus Christ My Home.
Dale Rugge shared the following story behind this song with us:
"In the early morning hours of June 5th I had a dream that I was sitting on a chair playing my guitar in a guest room in someone’s house, when a vocalist friend from church (Justin) walked into the room and asked me to play a specific “old hymn”. I told him I didn’t think I knew that one. He said “Sure you do” and started to sing it. I must have known it after all, because I started playing it and signing along. As we were singing the first verse, two other musical friends from church walked into the room (Blaire and Stefan) and they sang the hymn with us. It was sounding so good with those voices!! I was so moved by the song in the dream that I suddenly woke up and was able to remember and record the entire melody and some of the lyrics on my iPhone. I realized the song had a lot to do with a “Just Thinking” Podcast I had listened to where Pastor Darrel and Pastor Virgil had walked listeners through what the Bible has to say about some very important current issues in our culture. I started studying the passages of Scripture they referenced and quickly completed the song. The title “JESUS CHRIST – MY HOME” came from the lyrics I remembered from the dream. The Scriptural passages in the song include: Acts 17:26; Deut. 32:35; Romans 12:17-19; Ezekiel 18:20; Galatians 3:28; and Matt. 7:24-27. When my younger daughter first heard the song (with no explanation from me) she said “That really sounds like an Old Hymn”.🙏"

You can listen to the track on Spotify: https://open.spotify.com/track/63skIgqGGVcjuH6oYRj6Ni