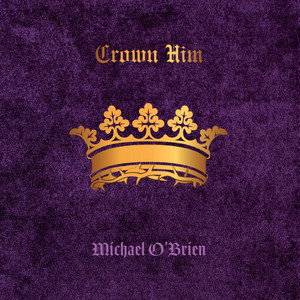 Michael O'Brien has released a Christian Contemporary Music (CCM) track called Beauty Of It All,  featuring his daughter Meghan O'Brien. The song is taken from his latest album 'Crown Him'.
Michael O’Brien is probably most known for his 7-year tenure as the lead singer of the Christian band Newsong. But, he has actually been in the music ministry for some 20 years now and has built a reputation as an incredibly gifted singer / songwriter with a heart for ministering to the body of Christ.
Michael's latest single was written almost 30 years ago with veteran songwriter Regie Hamm (Clay Cross "I Surrender All"). Michael features his daughter Meghan O'Brien, who was born the year he wrote it (1992). Meghan graduated from Liberty University as an opera singer. However, she now is a stay-at-home Mom to Michael's grandchildren, Caelynn and Cade, and Michael couldn't be more proud of her.
His wife Heidi encouraged Michael to take this song out of the vault and finally produce it on his latest project "Crown Him". It has become one of his all-time favorite songs that he has ever recorded and produced. This is an Inspirational anthem that Michael prays will impact the Kingdom of God for the Glory of Christ.

You can listen to the track on Spotify: https://open.spotify.com/track/46ZoItxWcbfLu10jBW03nL

Here is a link to the video on Youtube: https://www.youtube.com/watch?v=icMRilczlVQ