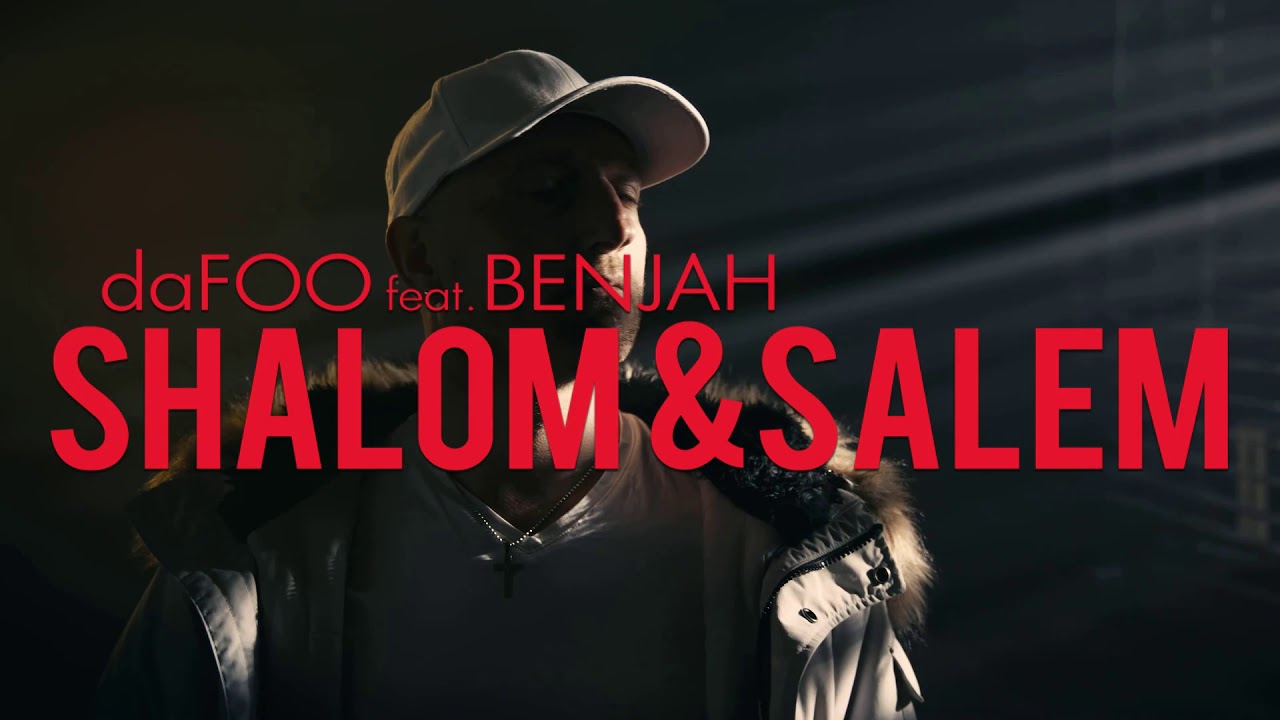 We have a great Christian Pop-Song SHALOM & SALEM by daFOO feat. Benjah for you.

Please check it out here:

about: According to a British study, we have never been so close to a third world war as we are today, anti-Semitism is increasing again, we hear about terrorism and xenophobia every day. When daFOO realized how contested peace is even in his personal environment, the words “Shalom oh Shalom & Salem aleikum” came over his lips in a melody. Shalom & Salem are Hebrew and Arabic and mean peace, have the same consonants and through the Semitic cultures also a linguistic relationship. In the music video of Shalom & Salem, daFOO tries to artistically represent that, through a woman in burka and an Orthodox Jew who approach each other. It is not a provocation, but the song with its multilayered messages stands as an example for all cultures, which are separated by walls. The prechorus of the song says: “I`m lookin’ for a door going through the wall of pride cause I know your reachin for the other side…”.

Due to his past and his work with young people, daFOO is well aware of the issues that can lead to hatred, violence and separation. Whether a person is without hope for the future, without a safe home, without a family, or possesses all the wealth of the world, in the end it is always searching for peace. Peace for oneself, which serves as a seed for peace with one’s environment and reveals the expressed desire of countless people: World Peace!