This is the playlist for the New Releases Show of Friday July 26th. 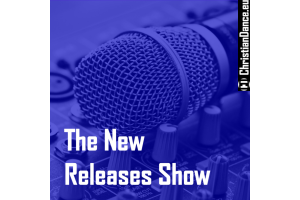 We received so many great tracks this week, that one hour is too short... so this week we will extend the New Releases Show!

We will be airing the following tracks:


Some may have already noticed, but we are airing a couple of relaxed tracks towards the end. Even though they are more CCM genre, these tracks made such an impression that we feel that they deserve to be heard... And after all the energy that is being pumped up, these tracks make a great landing back to earth.