July 12, 2019
With recent singles hitting #5 on the HypeM popular charts, and being featured in the Fresh Finds and Bangers playlists "Otherwise Fine" are back with a Club Mix of ‘Loneliness is Underrated’ (itself a moody, atmospheric and cinematic slice of downtempo electronic pop). This club mix brings new life into 'Loneliness is Underrated' with bright drums that provide a forward pushing energy that translates well in any dance floor. 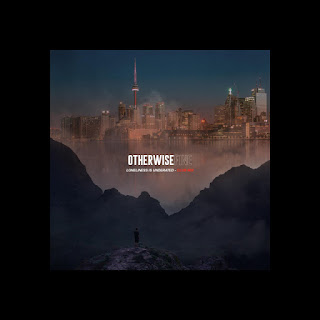 You may not yet have heard the name 'Otherwise Fine' before. 'Otherwise Fine' is a relatively new project (November 2018), combining several sounds and influences into something new and refreshing in the electronic scene. In late 2018 Otherwise Fine self-released their debut 8 track EP and have been steadily gaining traction due to their unique sound that combines the musicality and emotion of acoustic songwriting with the textures and energy of electronic production.
Otherwise Fine consists of Spencer Baird and Jake Sinclair. The duo initially met through the Toronto Dj scene, where they shared a residency at the same night club. In late 2017, Spencer had begun production on what would ultimately become their debut EP, but after moving to France had to shelf the project. Almost a year later, and while still in France, Spencer decided to re-visit the EP. Sharing a similar taste in the music that influenced the EP, and a common creative aesthetic, Spencer reached out to Jake to help create a visual identity for the project. Despite living on different continents, with Spencer at the helm of music production and Jake steering the artistic direction, the Canadian duo officially launched the Otherwise Fine project in November of 2018.
Not all of the music created by Otherwise FIne passes our strict acceptance criteria. The song: 'I Still Miss U' is a song to avoid because of explicit language. We are giving 'Otherwise Fine' the benefit of the doubt, and we don't want to slam the door shut because of something that may not occur again (1 track out of 16 has an issue). We will be looking closely at their future releases, and if we see a turn towards lyrics and/or video clips that disagree with a Christian lifestyle, the artist will be removed from our station, all of our playlists and socials.